What’s So Amazing About Grace? 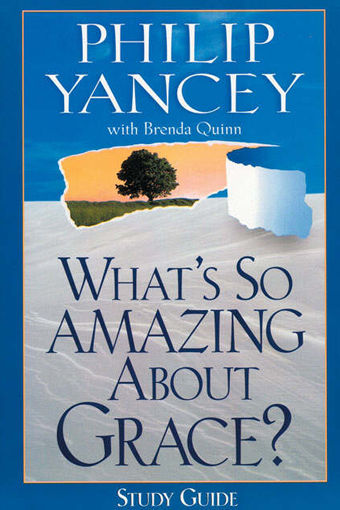 We speak of grace, but do we understand it? More important…do we believe it? What’s so amazing about grace? In this book, Philip Yancey gives us a probing look at grace: what it looks like … what it doesn’t look like … and why only Christians can and must reveal the grace the world is searching for.

Grace is the church’s great distinctive. It’s the one thing the world cannot duplicate, and the one thing it craves above all else — for only grace can bring hope and transformation to a jaded world.

Grace comes free of charge to people who do not deserve it. As C. S. Lewis puts it, “To be a Christian means to forgive the inexcusable, because God has forgiven the inexcusable in you.” Lewis himself fathomed the depths of God’s forgiveness in a flash of revelation as he repeated the phrase in the Apostle’s Creed. “I believe in the forgiveness of sins,” on St Mark’s Day. His sins were gone, forgiven!

Grace is unfair, which is one of the hardest things about it. It is unreasonable to expect a woman to forgive the terrible things her father did to her just because he apologizes many years later, and totally unfair to ask that a mother overlook the many offenses her teenage son committed. Grace, however, is not about fairness.

In his book, The Prisoner and the Bomb, Laurens van der Post recounts the misery of his wartime experiences in a Japanese prison camp in Java. In that unlikely place he concluded:

The only hope for the future lays in all-embracing attitude of forgiveness of the people who had been our enemies. Forgiveness, my prison experience had taught me, was not mere religious sentimentality, it was as fundamental a law of the human spirit as the law of gravity. If one broke the law of gravity, one broke one’s neck; if one broke this law of forgiveness, one inflicted a mortal wound on one’s spirit and became once again a member of the chain-gang of mere cause and effect from which life has labored so long and painfully to escape.