I Was Just Wondering 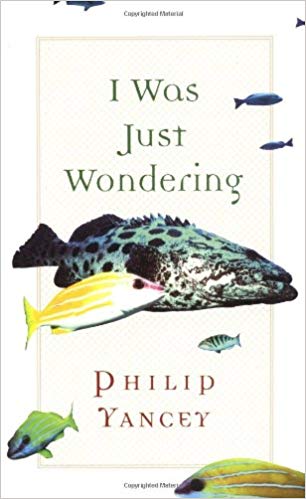 Philip Yancey described his book “I was just wondering” as “a book of many questions and a few answers.” Why did God stay silent during the Holocaust? Is it true that sufferings ought to be tied to behavior? Did God send AIDS as a specific, targeted punishment to those engaged in promiscuous sex or share dirty needles? Is Christian fundamentalism causing more harm than good, portraying the world as a bad place, that sex is bad and that it leads to difficulty in achieving emotional intimacy during adulthood? Do Christians have a right to impose their values on a pluralistic society? Affluence has brought us in this life what former generations could only anticipate in heaven; has the biblical promise of such a heaven state lost some of its luster? Could Christian faith really bring order to a chaotic world? Is Christianity still relevant today?

Philip Yancey wrote: “God does not promise to solve all the problems we have, at least not in the manner we may wish them to be solved. Rather, He calls us to trust Him, and to stay faithful.” Consider this doctrine: the timelessness of God. For thousands of years Christians have cited proverbs such as “A thousand years is a day in God’s sight,” to express their belief that God somehow views time differently. He is outside time and space. We see human history as a sequential series of still-frames, one by one, but God sees the entire movie at once, in a flash. God does not “foresee” us doing things, He simply sees us doing them, in an eternal present. Trust God. The Apostle Paul clung to the promise of a perfect world to be granted to us someday, of which we have a foretaste in this life. But he never denied the tedious, often painful realities of this life. How could he, with his days so full of shipwrecks, imprisonments, beatings, and the nagging pain of his mysterious “thorn in the flesh”? In short, Paul portrays the triumph of eternal victory but also the poignant “not yet” of our current state.

The questions raised in this book and the perspectives Yancey puts forth is — just as he described in the book’s forward — subjective, biased, personal, and necessarily incomplete. This book will challenge the reflective reader with eyes to see and the imagination to ponder.

“When Yancey couples his vibrant curiosity with his felicitous style and then begins reflecting on everything under the sun, the result is a collection of stimulating observations bound to nudge and encourage a reader’s own reflective posers… Enthusiastically recommended.”