Faithful To The End 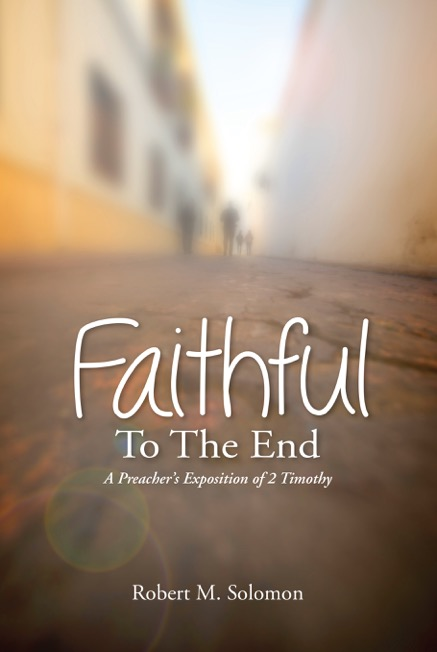 As God’s chosen instrument for bringing the gospel to the gentiles, Paul suffered much for the gospel — just as the Lord has indicated when He called and appointed him (Acts 9:15-16). At one point in his first missionary journey, he was stoned by a violent mob in the city of Lystra; dragged outside the city and left there for dead (Acts 14:19-20). But the disciples in that city gathered around his body probably praying and committing him to God. What happened next was amazing, displaying God’s miraculous power and Paul’s resolute desire to serve Christ. The text says, “he got up and went back into the city.” Here was a man in whose heart the fire of God could not be put out. In 2 Timothy, Paul spent his remaining days before his execution writing to his protégé, emphasizing key truths and urging him to remain faithful to the end. With Timothy, we are challenged to emulate Paul, even as he emulated Christ.

There will be terrible times in the last days (2 Timothy 3:1). Remember, the going would be tough. This is particularly poignant because Paul was writing from a dark Roman dungeon, awaiting death at the hands of Nero, who was persecuting Christians for he blamed them for a great fire that had destroyed a large part of Rome. Paul was personally and painfully experiencing the “terrible times of the end days”. He was not painting a picture but a present reality that would continue into the future.

Paul ended his life on a great note of poignant triumph. His circumstances were not good in the eyes of the world, but Paul followed a different drum beat. Even as a prisoner, he saw the purpose of God and sought to be useful to the Lord. His passion to proclaim Christ and to make Him known was not chained or defeated by adversity, prison, or an impending death sentence. Paul succeeded the lonely end of his life, he was blessed with the sure presence of Christ even as he anticipated the glory of being welcomed into the presence of the King when he died.

Paul looked at his chains and knew that he would finally be unchained from his life on earth – to be present with the Lord. His time on earth was drawing to a close. He turned his thoughts on leaving a final message to Timothy and other brothers and sisters whom he had come to know and love. Paul’s final message to Timothy is just as relevant to readers today who wants to finish their spiritual journey well – to be faithful to the end.

In this book, Robert M Solomon challenges readers to think about the direction and destiny of our own lives. How would we like the end of our lives to be? How would it be for you and for me? May the strategies expounded by the author in this book help in our spiritual walk as we strive to be faithful to the end.