A Love Worth Giving To You At Christmas 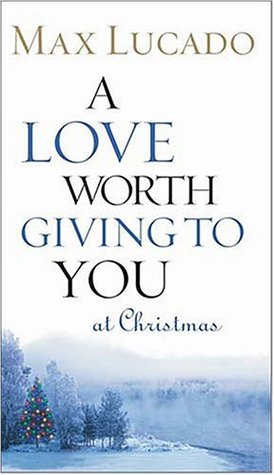 Christmas is the season of giving. Consider the first Christmas morning, the lavishness of the gift that came in the form of a tiny, helpless newborn. Consider the gift for a moment, what Jesus really did. He swapped a spotless castle for a grimy stable. He exchanged the worship of the angels for the company of killers. He could hold the Universe in his palm but he gave it up to float in the womb of a maiden. If you were Jesus, would you sleep on straw instead of in a castle? If you knew that only a few would care that you came, would you still come? If you know that those you loved would laugh in your face, would you still care? If you knew that the tongues you made would mock you, the mouths you made would spit at you, the hands you made would crucify you, would you still make them? Christ did.

5 In your relationships with one another, have the same mindset as Christ Jesus:
6 Who, being in very nature God,
did not consider equality with God something to be used to his own advantage;
7 rather, he made himself nothing
by taking the very nature of a servant,
being made in human likeness.
8 And being found in appearance as a man,
he humbled himself
by becoming obedient to death –
even death on a cross!
9 Therefore God exalted him to the highest place
and gave him the name that is above every name,
10 that at the name of Jesus every knee should bow,
in heaven and on earth and under the earth,
11 and every tongue acknowledge that Jesus Christ is Lord,
to the glory of God the Father.

He went from commanding angels to sleeping on straw, from holding stars to clutching Mary’s finger, the palm that held the universe took the nail of a soldier. Why? Because that is what love does.

Read this booklet by Max Lucado, and you will be touched by the real meaning of Christmas.